FloScan is under new ownership. Unfortunately, the 5000/6000 CruiseMaster Series, 7000/8000/9000 Series Multifunction Meter, and TwinScan models are no longer available for resale or repair.  However, we are now shipping a new line of gas and diesel fuel monitoring display instrumentation called “FloTrac”.  If you would like to receive a quote, please confirm your engine make, model number, and hp rating.  For marine applications, also include whether your boat has single or twin engines.

In addition to the new FloTrac model, we can still supply the following FloScan models or spare parts used in older systems:

We thank you for your past business and look forward to serving you again. 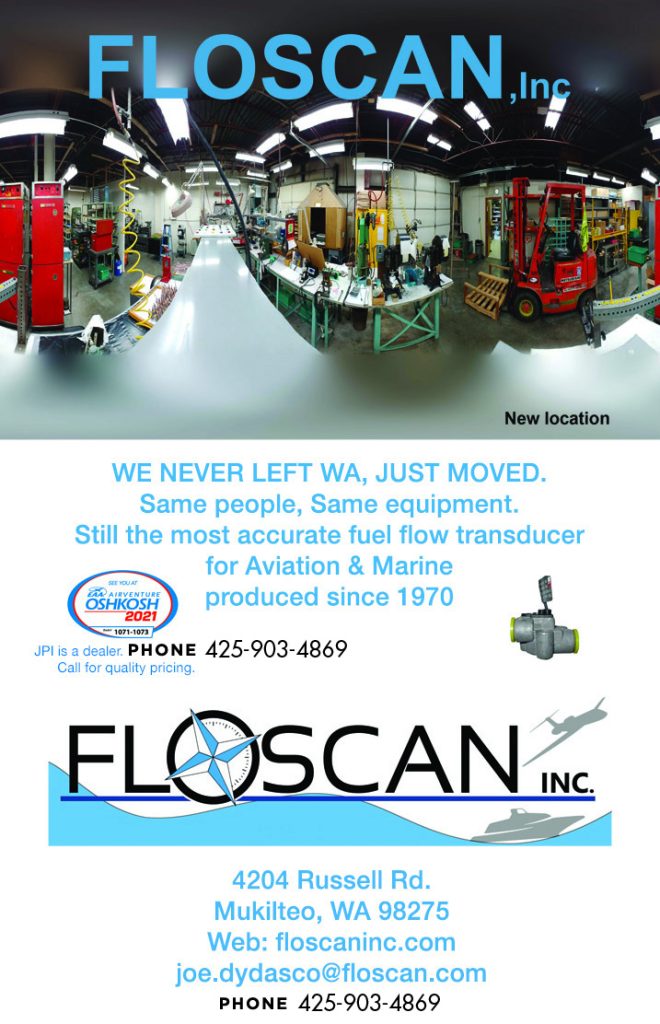 In 1972, Aerosonics, (a leading U.S. avionics manufacturer at the time) began testing the Series 200 flow transducers to determine its suitability for use in general aviation aircraft. Prior to that time there had not been a generally acceptable transducer for this application. The company required a fuel flow transducer which would withstand the vibration of an aircraft engine. It also had to meet the important FAA regulation regarding blocked rotor pressure drop which could not be more than 1.5 times the spinning rotor pressure drop.  Our design far surpassed the test requirement since a blocked rotor does not change the pressure drop of a FloScan flow transducer.  For this reason, and because of their superior accuracy and extraordinary repeatability, FloScan transducers quickly become the dominate fuel flow measuring sensors for general aviation with over 250,000 units sold.  In fact, the pilots of the record breaking, non-stop around-the-world flight of the “Voyager” in 1986, depended on FloScan transducers for accurate fuel flow measurement.